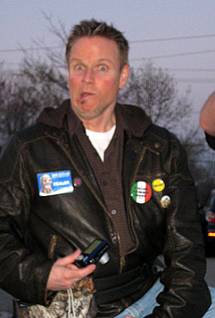 Muskegon, michigan’s maestro of the macabre, Berdinski has been a friend of the site since we reviewed his magnum opuses “Zombie Atrocity” and “zombie abomination” (the Italian zombie movie-parts 1&2). Tireless in providing content for us, tommy has sat for interviews, appeared in our convention videos, gave countless shout outs, and he truly deserves this honor as he epitomizes “horror nerd”. Berd’s “The giant rubber monster movie” short typifies the humor, ingenuity, and raw talent he brings to the table every time out! Also, check him out in his starring role as “The shape” in “The league of science” and as “dr. menard” in “zombitch!”. 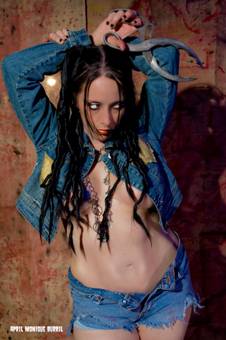 the fact that the gorgeous ms. Burril is “chainsaw sally” should be enough to include her, but her and hubby jimmyo have a special place in our hearts just for being amongst the coolest people in indie horror today. “the good sisters” and “the chainsaw sally show” both are stunning example of what can be done with short money, short time, and long talent. It seems like we interview her and jimmyo every couple of months and it always translates into heavy site traffic—horror nerds can’t get enough april!! 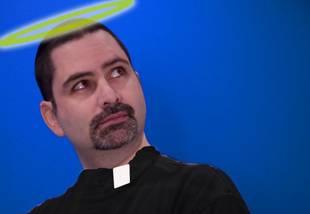 Actor, writer, producer, director-jason wears many hats! Mr. “alien vengeance” is always down for some nonsense with the nerdremix crew. A tireless supporter, liquori is always ready with advice, content ideas, and offers to help out with our various projects—he’s like a nerdremix m.v.p! all hail the man who rendered Debbie rochon into luscious 3d!!! 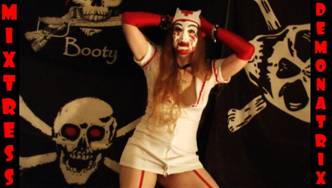 scary, crazy and hot, the naughty nurse is an accomplished musical force as well as an effects talent. Her gross out stuff in the first season of “the chainsaw sally show” is a spine ripping good time and her psycho-sexual industrial musical musings will pummel your brain into submission. She also has the distinction of supplying music and interviews for a whole bunch of nerdremix radio episodes!! Check out her handiwork in “league of science”!!